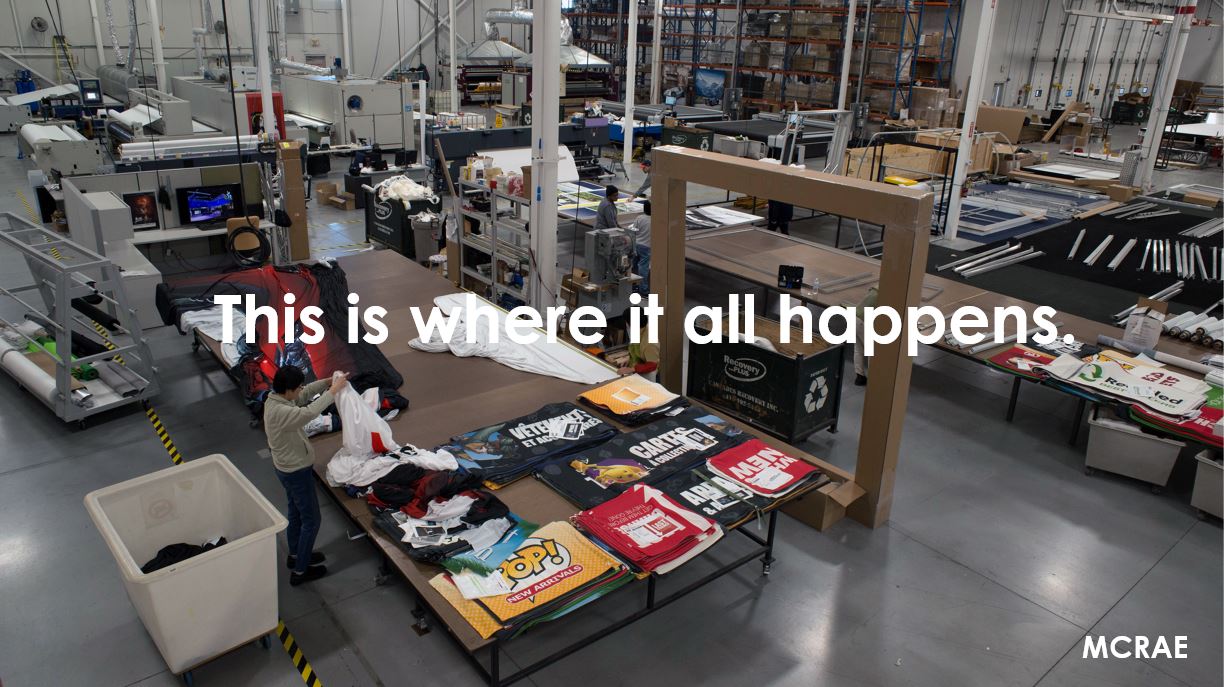 Back in 1965 when everyone was dancing to Wooly Bully, a man called Floyd McRae set up a seriously cutting-edge photo lab in Toronto. A highly imaginative engineer with a sharp eye for detail, McRae’s soon garnered a reputation as one of the best image labs in the entire industry.

Forty years later, two visionary business partners stepped into the picture. Bob Murray and Richard Kisiel shared Floyd’s enthusiasm for innovation and his vision for the future. As the digital revolution took hold, McRae remains at the vanguard of new technologies.

Early adoption of state-of-the-art image generation techniques saw McRae seamlessly evolve into a world-class specialist company. Today, McRae remains at the very frontier of digital image production. Our reputation is global, with customers all over the world.

McRae’s global R&D team has kept us ahead of the latest advancements in Europe, Asia and the rest of the world. Our products remain matchless.

McRae manufactures everything in house. We develop proprietary fabrics, produce our own frames and lights, and design aluminium extrusions to precisely match our customers’

Bob purchased the McRae business in 1997 as one of the most reputable photograph and colour labs in Canada.  Bob’s vision into the new world of fabric printing was years ahead of others in the industry. This foresight set in motion McRae’s journey towards its current success as one of the North American leaders in digital textile printing.  With over thirty years of management, business development, sales and marketing experience, Bob’s focus is devoting his personal attention and energy to the vision and strategy of business development with a dedicated, hands-on approach with clients and within the McRae family.

Richard has been instrumental in the successful growth of McRae since purchasing the business with partner Bob Murray in 1979.  A multi-talented executive with a unique vision, Richard has an aptitude for product production that meets and surpasses the highest global quality standards.  He is deeply involved in continuous R&D projects that ensure McRae is always at the forefront of the fabric printing industry and oversees McRae’s production and quality processes.

If that weren’t enough, Richard is also an expert and well-published photographer.

Everything Peter does is with great passion; whether it is delivering project designs, creating delicious new recipes or enjoying time with his family and friends, Peter does it with gusto!

David brings a wealth of knowledge to McRae with over eleven years in sales & account management with printed tension fabric structure companies in event, exhibit and retail markets.  That, combined with his prior experience with custom tradeshow exhibit companies with a focus on medical and financial markets, makes David a well-rounded pro!

Doug has been passionate about getting the most out of images and their display his entire career. He has built his client relationships around listening carefully, and providing – or suggesting the best solution possible. His questionable golf skills have not kept him off the course, and he loves reading and listening to a deep, varied collection of music.

When she is not golfing or going to yoga, Katie can be found in her art room. She loves hosting ‘Raftis Craft This’ events working in all different kinds of mediums.

We’re looking for talent from all disciplines. People focused on creating quality products, innovative technology and exceptional customer service. We would love for you to join us.

Respecting our planet. Loving our people.

Integrity is the cornerstone of McRae.
Our commitment to our customers and colleagues, and our connection to our environment, informs every decision we make. Every day is Earth Day at McRae. We recycle, reuse and repurpose all of our materials, and we are committed to conserving energy and resources.

Our values have remained unchanged for over half a century. We take pride in the work we do and the customers we serve. Closer to home, every one of our team members is valued and nurtured. Their families become our families. We care deeply about our people and our planet. Through this comes great work.

Making a difference, together

At McRae, community means much more than just belonging. It’s about bringing people together, making things happen, and taking whatever small steps we can to give something back.

We are humbled to support Bladder Cancer Canada, annually at the Mississauga fall charity run.

If you’re feeling generous, you can make your own donation here and feel good for the rest of the day.

For more information on how you get involved with Bladder Cancer Canada,
click here.

Why does fabric quality matter for retail, exhibit houses and event designers? There is a substantial budget of money and time for merchandising graphics and branding from the initial creative concept to the models, art […]

END_OF_DOCUMENT_TOKEN_TO_BE_REPLACED

One Source. One Responsibility. Why This Matters to our Clients.

One Source. One Responsibility. Why This Matters to our Clients. McRae works with leading retailers, brands, and creative agencies, bringing campaigns to life in spectacular fashion. Our can-do, problem-solving approach is backed by over 50 […]

END_OF_DOCUMENT_TOKEN_TO_BE_REPLACED

The Importance of First Impressions

When it comes to first impressions, lightboxes are a must have to make your store windows as impactful as possible! I was walking in the mall yesterday and I am still surprised by how many […]

END_OF_DOCUMENT_TOKEN_TO_BE_REPLACED

Do Lightboxes Have a Clear ROI?

A Fresh Perspective on Improving Store Signage Cost Efficiency Thinking about replacing your in-store signs and displays with new fabric LED lightboxes? The Challenge Today’s retailers are continuing to innovate to increase foot traffic and […]